Lithophanes: what are they?

Probably being inspired by the early Chinese Ming vases, the Europeans started to produce pictures in translucent porcelain. These could only be viewed clearly when lit from the back.

The word itself comes from a combination of two Greek words ‘lithos’ meaning stone or rock and ‘ phainen’ meaning to cause to appear or to appear suddenly. So lithophanes are either ‘ light in stone’ or ‘ appear in stone’.

They were first introduced to the European market in the 1820’s.

These ‘magical’ pictures were very difficult to make. First an artist would work on a wax coated piece of glass, producing the image with a light behind it or in front of a window. Being back lit he could ‘see’ the finished result. Taking the wax down to a very thin layer would let a lot of light through and leaving the wax thick would produce dark areas.

From these very delicate wax castings a mould was taken, made from plaster. The wax was melted out of the mould leaving a cavity for the porcelain to be forced into every crack and crevice.

The porcelain was very carefully removed.

The failure rate of these very delicate structures was very high, about 60%, partly due to the different thickness of material and partly due to the delicateness of the finished product. They were very expensive and due to this and the difficulty of manufacture their popularity died out.

With the advent of modern machinery, there has been a change in the way these wonderful artworks can be produced.

The computer numerical controlled machines has now allowed these pictures to be created at the flick of a switch. All of the work is carried out on the computer.

The artwork is reversed into it’s negative, changed into a height map.

This was then carved out of a solid piece of material, the limiting factor the size of the cutter used in the CNC machine.

Right up to date. 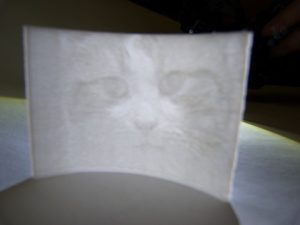 The CNC produced very good results, very quickly and with failures being able to be reworked quickly.

But then came the 3d printer.

This marvellous machine which lays a plastic thread down to build up objects is ideal for this task.

Now a print head is guided by a computer generated code to place the plastic thread (extruded filament) onto a flat build platform. This is built up in layers, producing a 3d structure. 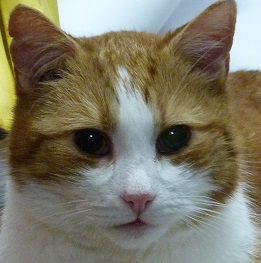 Detail within the picture can be reproduced accurately and very quickly.

So now a curved print or even a cylindrical print is no problem even to the most basic 3d printer.

The only limitation is the print volume of the printer.

With the advent of led lighting, as naked flames and heat could cause a slight problem with the plastic material, these wonders can now be produced very quickly and easily.

From taking the digital picture and then processing it.

Navigate to ‘image settings’ at the top 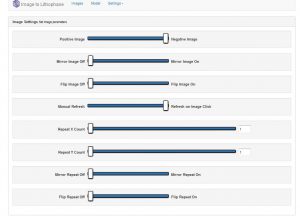 Set the image to positive

Then navigate to ‘ model settings’

Make sure you are 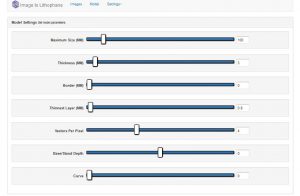 happy with the maximum size – you can always scale it down in the slicer program.

better than others , make sure there is plenty of contrast in your picture, these work better.

After loading the site should show you the model tab, you can zoom in and rotate the model with your cursor in the area of the

Use your favorite slicer program to slice it for your printer, and print.

The settings for this are 100% fill, I tend to stand it upright and add a brim( 20 lines). I have started to knock the fan speed down a little to

100 instead of 255, this helps with layer to layer adhesion and results in a less steppy model. The downside of this is that you will reduce the bridging distance.
Read More:  Anet A8 3d printer review – Should you buy this DIY 3d printer?

Don’t forget to print in a light translucent colour otherwise you will not get all of the benefits of the lithophanes picture.

Once printed back light it to see what it looks like. Hold it up to a window. Carefully place in front of a candle or leds ( preferable).

Your picture will be revealed, or like my first one where i forgot to click to positive image and looking into the light it became a negative!!!

I am sure this web site will get a lot of use, as the 3d printing technology grows.

If you don’t fancy doing this then Thingiverse has approximately 400 lithophanes on its site.

You will need an account with thingiverse to customise your image.

So for now let’s look back at some lithophanes and see what they looked like then and what we can do now.