What is 3d printing 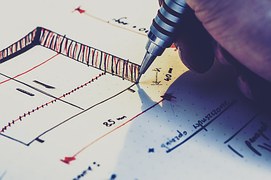 Way back in time, to get a duplicate of your work was time consuming.

You had to draw the product by hand. Dimensions had to be added, along with tolerances for fitting.

The engineer had to break down the final product into size constraints to fit the machines they had access to. The machine operator had to be able to interpret the drawings. The machinist had to have a high level of skill, not only with operating the machine but in machining the different materials.

This method was time consuming, laborious and often required many iterations to get it right.
At the end of the day – there is still nothing like seeing the finished 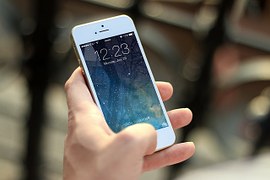 product in 3d in the hand. Being able to twist it and have the scale of your hand to gauge whether the product feels right.
The computer revolutionised the design system into a CAD (computer aided design) system. Allowing designers to produce drawings quicker and more accurately.

The computer allowed the product to be visualised on the screen. You still had to produce the product with expensive machines. Taking a lot of time to develop the final product.

Development of the 3d cad systems has allowed the designers to draw in 3d, reducing time to market, prototyping times along with cost.
Alongside the development of the cad systems, engineers were looking at the processes of making the prototypes. Machining was very time consuming, reliant upon machinists to interpret drawings. The introduction of computers to the machines allowed designers to take their drawings straight from the cad to the finished article. 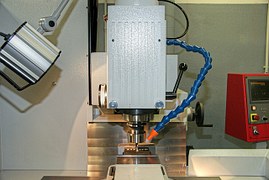 (computer numerical controlled) machines still used the removal of material method (subtractive). The material size had to be greater than the item produced, similar to a sculptor removing material to reveal the sculpture.

The ultimate goal was to print out their design in 3d, this was to come in the 1980’s. Machines were developed that used lasers to harden liquid plastic. This opened up the prototype process to being carried out in hours instead of days. Numerous iterations could be done within the time that one prototype was produced in the old days.
These machines were large, expensive and their consumables very expensive.

The technology has rapidly developed in the last 30 years and there are now many industrial machines. The rapid prototype market is huge and advances are still being made in regards of quality, size and price.
The process changed from using a liquid bath of plastic to using an extruder to add layers of material(additive method). Now only the limitations are the 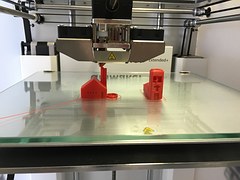 size of the machines themselves.

So from the above there are two major ways of producing a 3d subtractive. On this site the majority of the reviews, processes are aimed at the additive method.
There are pros and cons to both methods and some are listed below.

From the above list you can see that there are many pros and cons to both processes.

The main one which has opened up the home 3d printing market is the simplicity of the reprap (replicating rapid prototyper), a printer capable of producing parts of itself.

Materials that can be used with the home printers are increasing rapidly. They are based on thermoplastics. The main ones are pla and abs with pva being used as support material.

Most of the current printers are fitted with a single extruder, 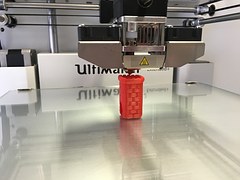 meaning models are produced in a single colour. Technology advances are working on the implementation of full colour printing.

There are two extruder models, and these are used typically to add the support material for overhangs, rather than two colour printing.

The extruded process used by most of the home 3d printers is known as FDM (fused deposition modelling). Material is extruded layer by layer and due to the temperature of the extruded material it fuses to the layer it is placed on.

The step of the layer is controlled by stepper motors, the number of 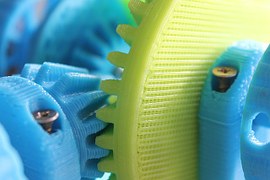 steps – or microsteps- controlling the height of the layers. Along with the extruder nozzle.

The other main problem with the home 3d printers is the time to produce the item.

Printing times can be up to 24 hours and more, this normally is carried out in one process, otherwise there may be registration problems and the model will have a major step in it.  Producing a 3d printed object at the speed of printing a very high quality 2d picture is still a way off yet – but it is coming…